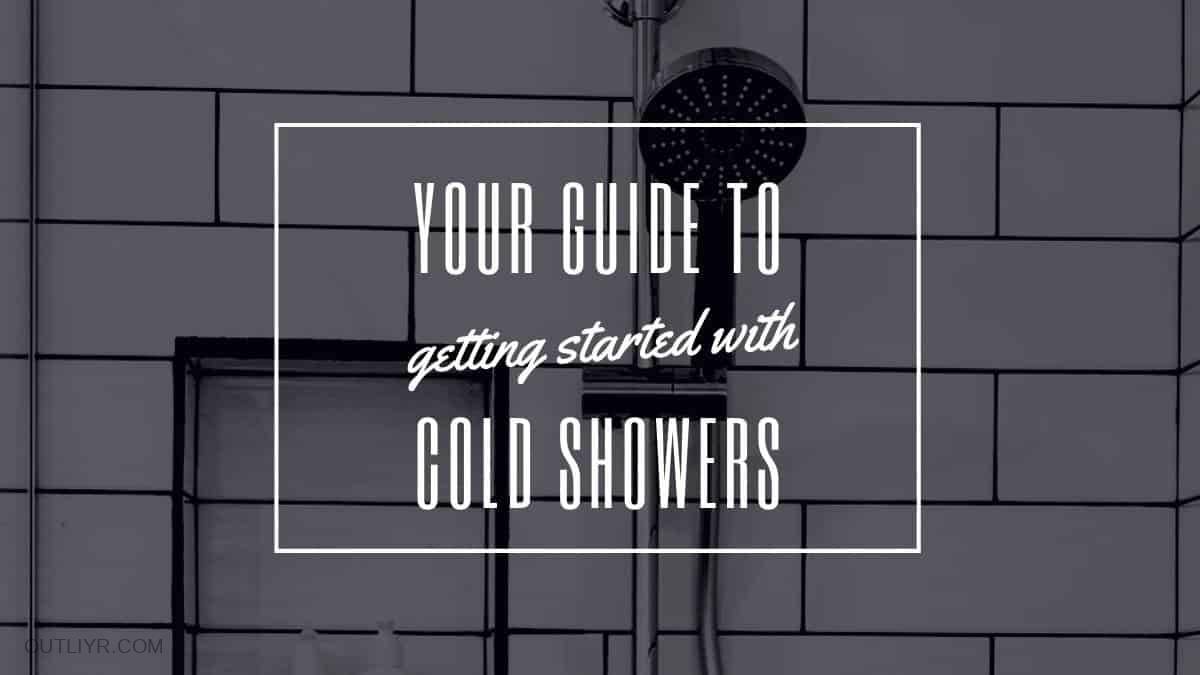 I don’t like submerging myself in icy cold. Correction: I hate it. Yet I take a cold shower every single day.

Cruel and unusual punishment? Or an ultimate biohack?

Either way, cold exposure is easy (with practice), effective, free, and available nearly everywhere. Add cold showers to your daily routine for an effective brain, body, and resilience boost.

Survive past that and the icy water beating down on your skin starts feeling bearable. Wait a little longer and it feels refreshing. But that’s not why I take cold showers.

Cold showers create a nice cocktail of endorphins and noradrenaline running through your blood and brain. They activate your sympathetic nervous system in a safe and natural manner.

It’s hard not to feel absolutely alive with adrenaline coursing through your veins.

Cold showers are among the best sources of clean, clear, steady energy. Better than a double shot of espresso or any stimulants.

This habit doesn’t form a chemical dependence nor withdrawal symptoms from missing a day.

I never wake up thinking: damn a cold shower sounds nice right now. Even when I’m drenched in sweat, in the moment between the sauna and shower, second thoughts creep up.

Maybe I should just take today off and enjoy the warm water.

I don’t. After I get out I’ve never—not a single time—wished I kept the shower hot. I start every single day with a little micro-win. I tell myself that I am going to do something, and then immediately follow through. I build grit and personal resilience. The rest of the day becomes just a tad easier.

It snaps you out of funks, bad moods, and negativity. This is especially welcome during long East Coast winters.

I always assumed the improved mood was a side-benefit of accomplishing the micro-win. Researchers explain the phenomenon differently (emphasis mine):

“…Due to the high density of cold receptors in the skin, a cold shower is expected to send an overwhelming amount of electrical impulses from peripheral nerve endings to the brain, which could result in an anti-depressive effect.“

Whatever the mechanism, I know that I leave my cold showers feeling on top of the world, ready for the day.

Cold exposure is famous for melting off body fat.

Don’t expect to lose a few pounds after a cold shower or two. Over time it can add up.

How much more fat will you burn?

The practice pairs nicely with the weight loss morning walk.

Cold showers have a history as a preventative tonic to various illnesses and infections. Thinking about cold exposure from the perspective of resiliency, this doesn’t seem too farfetched.

An experiment of cold water on young athletes just three times per week for six weeks showed notable immune system changes. The group exposed to the cold had greater levels of the cells responsible for eliminating and rendering pathogens harmless.

Other research supports the beneficial effect of cold exposure on the immune system.

Cold is a heavily debated recovery strategy. Some studies show benefit, while others the opposite.

Any detrimental effects on recovery come from full body submersion for a long time. Ten minutes or longer.

The “dose” of cold in a short shower likely won’t hurt.

But cold showers go beyond that. Cold water closes the cuticle, making your hair stronger and age slower.

Dr. Neil Schultz, a dermatologist, suggests that cold water gets rid of redness and puffiness around the eyes.

Your blood vessels respond to temperature.

Cold water causes them to constrict. Blood inside constricted blood vessels flows at a higher pressure, so circulation improves.

Looking for a safe and 100 percent natural nootropic?

In response to the cold, the brain waves shift towards an alpha state.

Why does that matter?

Alpha is considered an optimal state of relaxed alertness.

The colder the water you’re exposed to, the more alpha waves generated.

Humans are quite sensitive to temperature.

The testes do best below 96 degrees Fahrenheit. That’s why they’re outside the body. Hot tubs, baths, and even showers are often in the 110 degree range, far above optimal for sperm health.

Studies from the 1950s found hot baths to be an effective male contraceptive!

You have an entire system dedicated to removing cellular waste.

Lymph also fights infections. Unlike the circulatory system, lymph isn’t pumped around the body with the heart beat.

Circulating lymph happens through muscle contractions. When you jump in the cold, you involuntarily contract muscles and circulate lymph. This improves the health of your lymphatic system.

How to Take a Cold Shower

Ready to dive in?

You have two important decisions to make:

I prefer cold showers in the morning. Counterintuitively, people swear by them at night too.

Here are the differences.

Cold showers in the morning beat morning grogginess and start the day on a solid note. Feeling good, full of energy, and setting the tone for a great day.

Cold showers before bed have their perks too. Evening showers cool the body, sending a signal to start winding down. The only problem is that the process takes 90 minutes in response to hot showers. Hot water spikes body temperature before it falls. Repair only occurs once body temperature falls. 15-20 minutes after a cold shower, on the other hand, I have no problem sleeping. It actually helps.

Baby steps. Start small. No matter what type of shower you choose, it’s recommended to give the body the chance to adapt.

Begin with something short — say ten seconds. Then each day work your way up until you reach two to five minutes.

It works in a pinch, before meetings or while traveling too. The practice itself is simple:

Of course, this is more practical in some situations than others. When a shower’s available, I definitely prefer that.

The best of both worlds.

You can maintain some normalcy in your hot shower routine.

Then at the very end, you can tack on a little bit of cold. This was my foray into cold showers. You still get the relaxation of the warm water, but end with the refreshing cold.

It works well, so it’s no wonder biohackers favor the hot and cold mix.

The icy water only covers you so fast.

Even worse when you use eco-friendly, low-pressure shower heads. Those make cold showers that much worse.

Pure cold showers save time and water. From the research, pure cold also seems to improve skin health better than the hot and cold combo.

Proponents of the contrast shower swear it’s the only true method.

In theory, the hot water works to dilate your blood vessels. Almost simulating a very low-stress workout. Then the cold constricts them. Repeating this contrast, therefore, makes you continuously adapt and build resiliency.

Contrast shower protocols vary significantly. When I do them I like 20 seconds of cold followed by ten seconds of hot, five to ten times through.

I prefer the other methods as contrast showers don’t feel as satisfying, they take longer, and I don’t step out feeling quite as good. Almost like I cheated.

Such a large change can seem overwhelming.

Want to make it a habit? Don’t make the classic mistake of biting off more than you can chew.

Start slow. Very slow. Work your way up to longer cold exposure each time. Use your judgment if you suffer from any health conditions and consult your doctor first.

The first shower is the worst. And the first second of the first shower specifically. After each and every one you adapt. Eventually, even the coldest tap water won’t phase you. On vacation, you’ll make the most of cold beaches while everyone else mopes around, dismayed by the water temperature.

Each exposure to extreme temperatures increases your resilience. You become more like the “Ice Man” (Wim Hof). Before you know it, you’ll comfortably walk barefoot through snow without flinching. Click To Tweet

Cold showers are an indispensable part of my routine. Give it a week and you’ll see why.

Scroll back to top