7 Benefits to a 7-Day News Detox 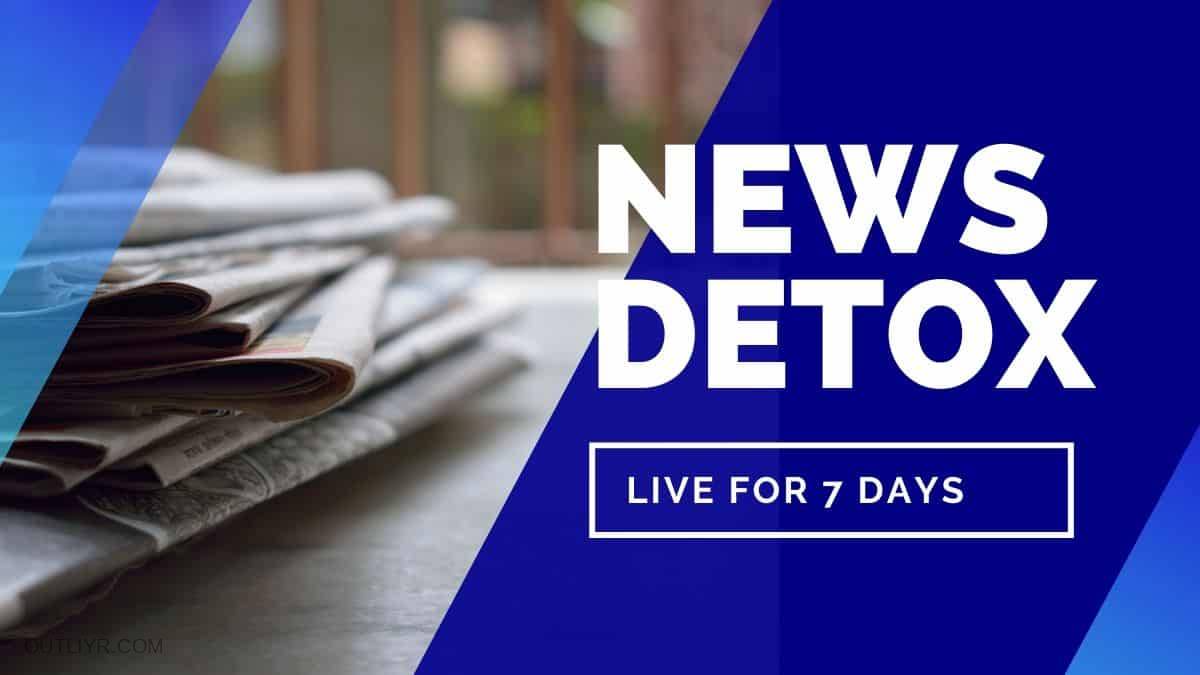 Table of Contents Show
1. Keeps Your Body and Immune System Strong
2. You Won’t Miss Anything Important
3. Mood and Happiness Often Increase
4. Frees Time to Spend on Relevant Things
5. You Can Maintain Your Ambition
6. Less Worry Over Sources of Information and Factual Correctness
7. You Regain Control of Your Attention
How to Properly Detox From the News
Now it is Up to You

I can’t remember the last time I saw something positive on the news. Especially recently.

Ever go through a stressful situation and feel absolutely wired? Then a few days later you crash with low-energy or get sick?

Negative stimuli triggers the limbic system’s fight-or-flight response. A glucocorticoid called cortisol shoots up to provide you with ample energy to deal with the perceived life or death situation. This new energy comes at a cost; to prime your muscles with more fuel, the body diverts resources from non-essential functions such as your immune system.

When this happens on occasion the body easily bounces back. It even thrives in cases like exercise.

2. You Won’t Miss Anything Important

For many years I watched the news to stay informed.

I wanted to know every major event occurring around me and throughout the world. Ambitious, but also a large commitment. I toned it back a bit.

Days deep into news detoxes I still found myself informed of the important happenings. News slips in from all kinds of places: Fliers on posts, talking to family and friends, ads on billboards, overhearing other conversations, somehow and someway I didn’t miss any critical information.

Initially, your anxiety may creep up as you wonder what you are missing. But give it a few days and that subsides.

One of the most popular meditation and yoga mantras resembles something like:

In other words, you start to feel how you think. At its core, meditation helps you recognize thought patterns so that you can control the way you feel.

The end result of removing fear-inducing news from your mind?

Feeling happier, in a better mood, and safer.

Track your time and you’ll notice how quickly consuming irrelevant content adds up.

Starting the day with the morning news, scrolling through feeds on the phone, reading an article your coworker sent, and of course, sitting down for the nightly news.

Apple’s ScreenTime and other productivity tracking software exposed that between the different forms of media I wasted an average of two hours per day. Approximately equivalent to a part-time job! Time I would rather spend in plenty of other places.

5. You Can Maintain Your Ambition

I thought that by giving up news I would suffer either professionally or socially. Neither occurred.

Granted I do not work in any of the fields where minute-by-minute breaking news dramatically impacts my lifestyle. Even then, I would prefer to look elsewhere for faster, less distracting, and more reliable sources of new information.

Take Twitter for example. I, or a bot, could read a Tweet, make a decision, and then go about my day without pausing for ads, follow-up announcements, or any media engagement tactics.

6. Less Worry Over Sources of Information and Factual Correctness

Try comparing the same story from multiple news stations. It sounds like a game of telephone.

Question: How do reporters choose which story to run? What details do they emphasize? Do they care about the facts?

Answer: Whatever makes the most appealing story for their followers.

A favorite Nassim Taleb quote of mine on news reporting (emphasis mine):

“A car drives over a bridge, and the bridge collapses. What does the news media focus on? The car. The person in the car. Where he came from. Where he planned to go. How he experienced the crash if he survived. But that is all irrelevant. What’s relevant? The structural stability of the bridge. That’s the underlying risk that has been lurking, and could lurk in other bridges. But the car is flashy, it’s dramatic, it’s a person non-abstract, and it’s news that’s cheap to produce.

News leads us to walk around with the completely wrong risk map in our heads. So terrorism is over-rated. Chronic stress is under-rated. The collapse of Lehman Brothers is overrated. Fiscal irresponsibility is under-rated. Astronauts are over-rated. Nurses are under-rated. We are not rational enough to be exposed to the press. Watching an airplane crash on television is going to change your attitude toward that risk, regardless of its real probability. If you think you can compensate with the strength of your own inner contemplation, you are wrong. Bankers and economists – who have powerful incentives to compensate for news-borne hazards – have shown that they cannot. The only solution: cut yourself off from news consumption entirely.

7. You Regain Control of Your Attention

News finds a way of interrupting your concentration and deep thinking. That comes at a high cost.

You may lose up to 40 percent of your productive time from the switching cost of going between work and the news, according to 2006 research.

Fewer thoughts (especially negative ones) in the mind can keep your mind focused and free for more important things.

How to Properly Detox From the News

Okay, so you’ve decided to give it a try. Some basic preparation can smoothen the transition.

Here is my step-by-step process to detox from all forms of news (including social media):

I’ve found one week to work nicely. Some people continue on, while others use it strategically when a need comes up.

Now it is Up to You

Don’t get caught up in the nuances or countless different ways of performing a news detoxification. Trying anything trumps continuing the same routine. You may find your sweet spot somewhere in between none and your current news consumption. Well done.

So there’s my challenge to you.

Can you commit to going without the news for a brief period of time? You will find it refreshing and easier than expected.