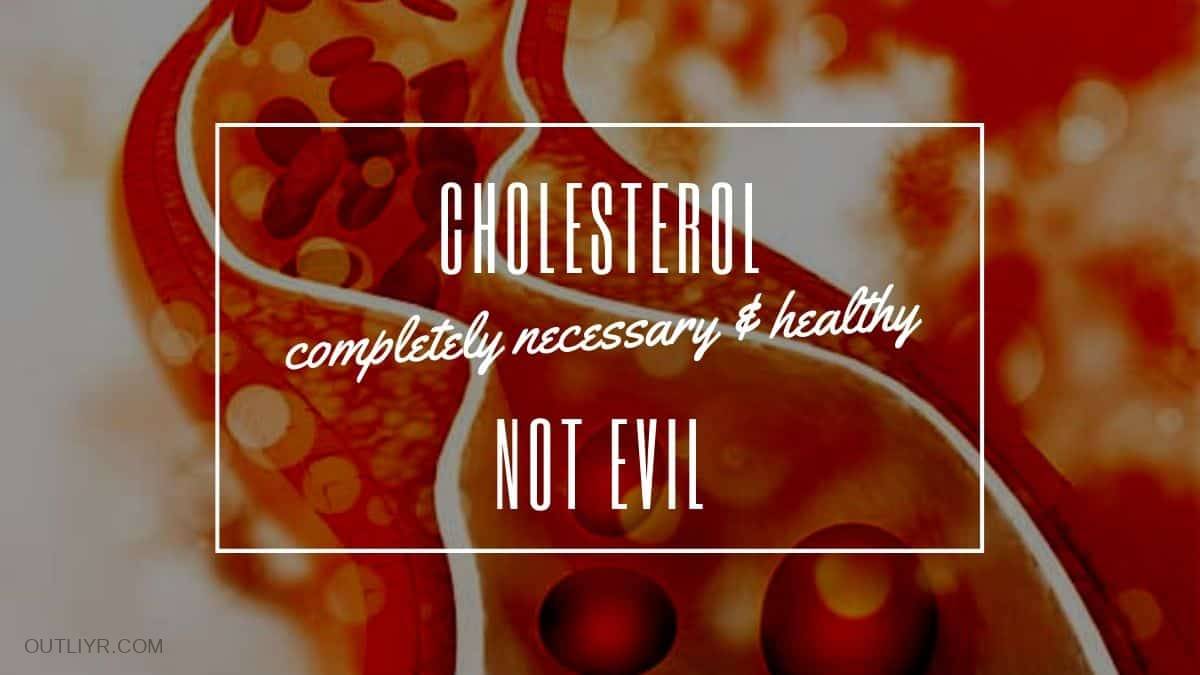 Table of Contents Show
What is Cholesterol?
Nothing in the Body is “Useless”
House During Storm Season
Counting The Tiny and Small
An Expert Disagrees
The Saving Grace of LDL
Rethinking Triglycerides
LDL Isn’t a Villain (But VLDL Might Be)

Cholesterol is a hotly debated topic. Do you lower it as much as possible, or is it a prerequisite for brain function.

I kept a hawk-eye on my cholesterol. When the lab results of my yearly blood work came back, I thumbed through my results until I found my cholesterol markers. Since I followed the US government’s “Dietary Pyramid”, religiously avoiding eggs and fat, I should have had spectacularly low cholesterol. I didn’t. Somehow my cholesterol fell into the upper end of “normal”. If mine was barely average, I couldn’t imagine the diet of someone with low cholesterol.

Then I read a few books, heard some experts, and began to see cholesterol in a new light. Over the course of a few weeks of intensive study, this molecule went from villain to hero.

Healthy brain function depends on cholesterol. So do hormones. And every single cell for their fatty membrane layers. Click To Tweet

Then I heard a so-called “expert” announce a biomarker of cholesterol a public enemy… in 2020. Despite the mounting evidence of its importance. His recommendation went from recommending against it, to claiming zero biological importance. But first…

Cholesterol is a special kind of fat molecule that the body uses to produce hormones, bile, and vitamin D. However, it’s most infamous for its role as a repair molecule — patching up inflamed sites. You wouldn’t survive long without cholesterol.

Remember, too much of a good thing isn’t always good.

Most people call HDL “good cholesterol”, and LDL “bad cholesterol”. Recent research is beginning to uncover the importance and biological need for LDL.

Nothing in the Body is “Useless”

Your body has innate intelligence.

It might not seem like it sometimes, but that’s coming from our currently limited scientific perspective. Once we better understand the phenomenon it often makes sense retrospectively.

Science has proven this time and time again. For decades scientists believe 97 percent of our genome was “junk”. Then they discovered that the non-coding DNA matters (such as microRNA in food for example).

Removing organs and appendages usually comes at a cost down the line.

Why would the body produce LDL if it only caused harm?

The book Body by Science gives what I’ve found the best representation of lipoproteins (a cholesterol carrier) and cholesterol itself:

“To understand how these two lipoproteins operate, one has to examine how blood flows. The flow rate in the central portion of a vessel is slightly higher than the flow rate at its periphery. Just as leaves in a river tend to flow out to the edges of the banks, metabolites of lower density tend to behave that way in the bloodstream.

Consequently, when the body needs to take cholesterol out to the blood vessel walls to mortar up an inflamed area, it is going to deploy LDL cholesterol to patch the inflammation. You’ll see this reflected by higher LDL levels.

The real trouble with high cholesterol is that it likely reflects problems with inflammation. Click To Tweet

LDL acts as a glue to patch the equivalent of a leaky roof. You can ignore it, but without the patch, the roof continues leaking.

The real question should be, what caused the roof to leak in the first place?

You can probably point the finger at elevated blood glucose and inflammatory omega-6 heavy PUFAs.

Counting The Tiny and Small

Vilifying all LDL also ignores an important distinction of quality.

You can further break it up into LDL and VLDL. By particle size and concentration. And I’m sure other ways that we haven’t yet elucidated.

The smaller, dense particle called VLDL is the one more correlated with disease. It may have a purpose too, so I wouldn’t readily completely eliminate it.

But for now, the consensus finds elevated VLDL problematic. Far more than LDL.

Dr Kessler means the best. I agree that processed food destroys humans. Even though he quickly insists that all LDL is evil, I continued listening. There’s always the possibility that he discovered or knows something that the rest of us don’t. Something so powerful that it overrides our evolutionary reliance on LDL.

I’m surprised that Max didn’t challenge him more, since he has a more accepting stance on Cholesterol (according to his book Genius Foods).

Ultimately I didn’t hear anything paradigm-shattering, but it’s important to gather a birds-eye view and entertain other opinions. I decided to do some additional research after the interview, and stand by my previous opinion on the importance of LDL.

The Saving Grace of LDL

Your brain needs it. From Sayer Ji’s book Regenerate:

You can imagine the consequences of trying to eliminate something so critical.

“Without adequate LDL in our bodies, we would die”.

Considering most of us don’t have a problem with low LDL, this is good news.

Another area to investigate is not cholesterol, but triglycerides (TG).

These are a form of stored energy that your body produces when it has excess resources (calories). These easily pass through the bloodstream.

As with everything, there’s an optimal range.

The “Hazard Ratio” explains the correlation between treatment and outcome. So, for example, we could compare the effect of reducing either LDL or triglycerides on cardiovascular disease. That’s already been done:

So if you have high LDL, you have a 30 percent greater chance of heart attack. With high TG, however, you have an 80 percent increased risk.

What elevates TG most? Sugar and refined carbohydrates.

This theory fits better than the cholesterol theory of cardiovascular disease.

Cholesterol is a biologically important repair molecule. Artificially playing with it comes at a risk.

Its effects extend far beyond a patching molecule, but I’ll save that for another occasion.

You can get an NMR blood panel to determine if your VLDL is problematic as well.

Conduct your own research before going to war against LDL, and of course, consult your doctor before making any changes.

Be an investigator. Seek out multiple views. Don't blindly believe everything you hear on one podcast, read in one book, or stumble upon on the internet for the matter. 😉 Click To Tweet