Fish Oil vs Krill Oil vs Salmon Oil [2022]: Should You Take Omega-3 Supplements? 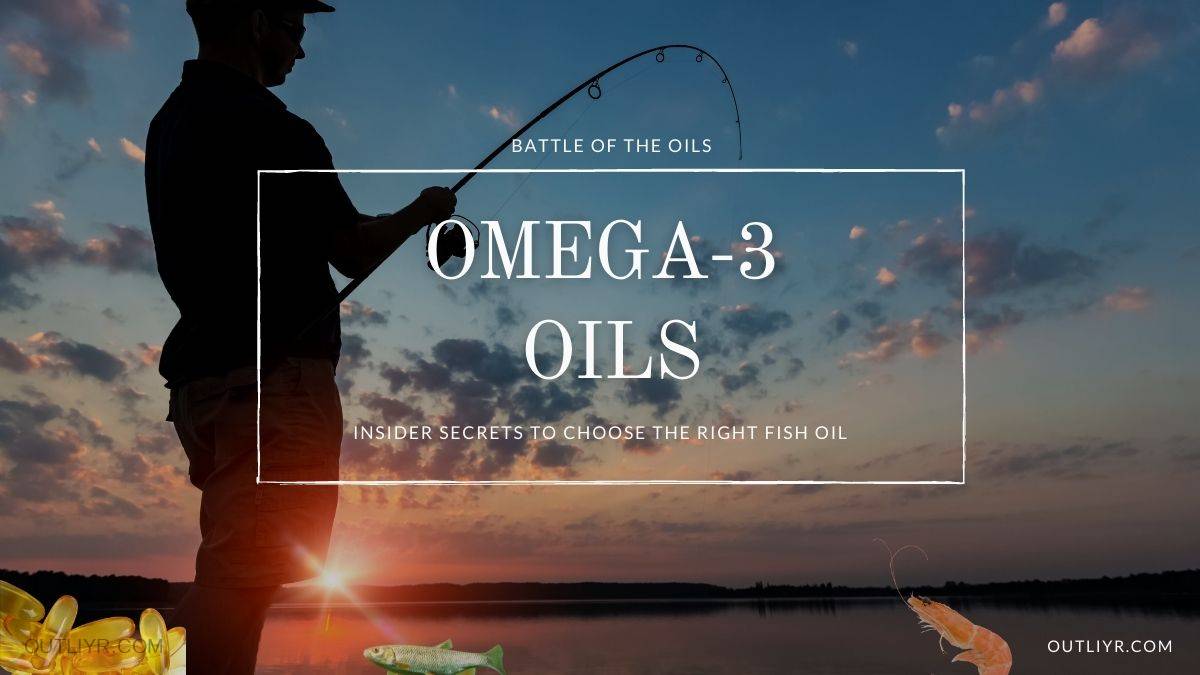 Our ancestors ate a lot of fish. Fish made up 10-50 percent of the primal human diet. Today? Very little. And the type of fish matters more than ever.

I dug into the research behind fish, omega-3 fatty acids, the different forms, oil purity, and the myriad different forms. I get the benefits of fish oil from eating SMASH fish, but sometimes I need a supplemental insurance policy. I choose quality krill oil or salmon roe over fish oil, cod liver oil, or algae oil. Here’s why.

Looking for specific recommendations? Scroll to the bottom of this post.

Fish Oil Supplements Are Useless Without This

Before you think about adding an omega-3 supplement into the equation, you must reduce its “sibling” from your diet.

Omega-3 and omega-6 compete for absorption. Most Westerners consume loads of Omega-6, blocking omega-3. The issue is that omega-6 is common in health foods like nuts and olive oil.

If you take fish oil with huge servings of nuts, for example, you’re flushing money down the toilet.

I hate food logging as much as the next person. But because of the prevalence of omega-6 in all kinds of foods, I recommend logging a day or two of your normal eating pattern. That way you can time your omega-3 supplements far away from omega-6 consumption.

When it comes to easy and effective nutrient tracking, nothing beats the free tool Cronometer.

What to Look for in Omega-3 Oils

When you’re choosing a product, keep the following three factors in mind:

You can’t compare the sheer quantities on the nutrition labels of different products to find winners.

A supplement is only as good as your ability to absorb it. The fat inside fish oil comes in three forms:

That’s also the order of absorbability. Your body easily uses phospholipid. Triglycerides aren’t as effective, but still decent. Finally, the most common form of fish oil, the synthetic ethyl ester isn’t very absorbable. So the hierarchy of fish oil forms:

Fish have different concentrations of each form. Krill and salmon roe are naturally high (40-70 percent) in the phospholipid form, where normal fish oil is 1-3 percent. If you choose to go for fish oil instead, look for the Triglyceride form. You’re better off without ethyl ester products.

Dr. Rhonda Patrick is a huge fan of (quality) fish oil. Her micro-lesson highlights what you should know:

As I explained in my post on essential amino acids, certain building blocks of protein must come from diet. Such is the case with fats too.

One of those is called Omega-3 fatty acid. Your body requires it either from your food or supplementation.

Your brain is made of around 60 percent fat. Two types are especially high in fish oil: DHA, and EPA. The ratio of the two matters. Research consistently shows that they work synergistically: and taking one without the other is significantly less effective.

DHA is one of the two fats found on the nutrition label of all omega-3 supplements. 10 to 20 percent of the brain’s fat is DHA. Some consider it pivotal to our evolution from apes. As you’ll see below, DHA is responsible for the mitochondria boosting, fat burning, metabolism increasing, and brain strengthening effects of omega-3 oils. DHA allows us to transduce light into electricity.

As I alluded to in the section on DHA and in the introduction to this post, omega-3 based oils are fragile. In fact, that’s what makes PUFA industrial seed vegetables so dangerous. The fragile omega-3 molecule becomes an inflammatory free-radical when treated poorly.

Together, hot temperature and sitting on the shelf for months all but guarantee your body will fight the supplement rather than assimilate the omega-3 into your cells, membranes, and brain structures.

But again, krill oil and salmon oil are different. A compound called astaxanthin stabilizes and protects them against oxidation and degradation. They hold up better when exposed to oxygen or heat.

The Benefits of Krill Oil

Now that you understand the basics behind quality oils, you’re probably wondering what they’re good for. The primary benefits of fish oil come from four mechanisms:

Krill Oil & Salmon are better than fish oil too:

Like all good things, fish oil should be consumed in moderation. Although unlike since most folks today consume copious amounts of omega-6, too much omega-3 oil can cause:

Test your response with a low dose, and work your way up.

By now you might be wondering how fish oil compares to all the other omega-3-rich oils.

Below, you’ll learn which of the alternatives are better.

Krill oil is superior to fish oil in most ways. The type of fat (phospholipids) is more bioavailable, so you absorb and utilize more of the beneficial omegas. Krill oil is cleaner, more environmentally sustainable, and does not contain synthetic oils. When choosing a krill oil product, look for:

When available, I’d always choose a product derived from salmon over generic fish oil. Like krill oil, the phospholipids in salmon are much more readily absorbed. 40-70 percent of the DHA in salmon roe is in phospholipid form, compared to the 1-3 percent in fish. With salmon oil, you pee out less, and thus is a better use of money. Salmon is one of the highly effective and less-polluted “SMASH” fish. Salmon contains less heavy metals like mercury.

Two groups of people should rely on marine algae. Vegetarians and those allergic to fish. While many plants contain omega-3 fatty acids, most suffer from poor bioavailability. Research suggests that algal oil may be a great alternative to fish oil. Best of all, algae is low in contaminants.

The drawback is that algal oil is often low in EPA. Previous research on fish oils has found that either DHA or EPA without adequate of the other provides only minimal benefits. With the litany of research backing krill, salmon, and SMASH fish, I’d only choose algal oil if:

When you’re choosing any type of fish or omega-3 oil, always look for third-party lab testing:

The analysis results should come up clean. Free of common contaminants like PCBs, heavy metals (notable mercury), dioxins, and others. Select few brands have consistently proven their products pure.

There’s a huge difference between the cheap generic value packs and the brands listed below. Good fish oil isn’t cheap. You’re better off getting the SMASH fish and only occasionally using a high-quality supplement than taking cheap fish oil every day.

The only brands I trust for fish oil are:

Most products suggest a dosage of 1,000mg. As you saw in the impressive weight loss study above, 3,000mg of fish oil seems more effective (and is what I personally supplement)

How to Biohack Your Fish Oil & Krill Oil For Maximum Value

To get the most out of your fish oil, take advantage of these hacks.

Fish oil seems like a simple concept. But the regulations and processes behind it are anything but straightforward. Next time you’re deciding on a supplement, make note of the oils:

The hierarchy of omega-3 oils, including their pros and cons:

Do you take any omega-3 oils? Let me know in the comments below why or why not.