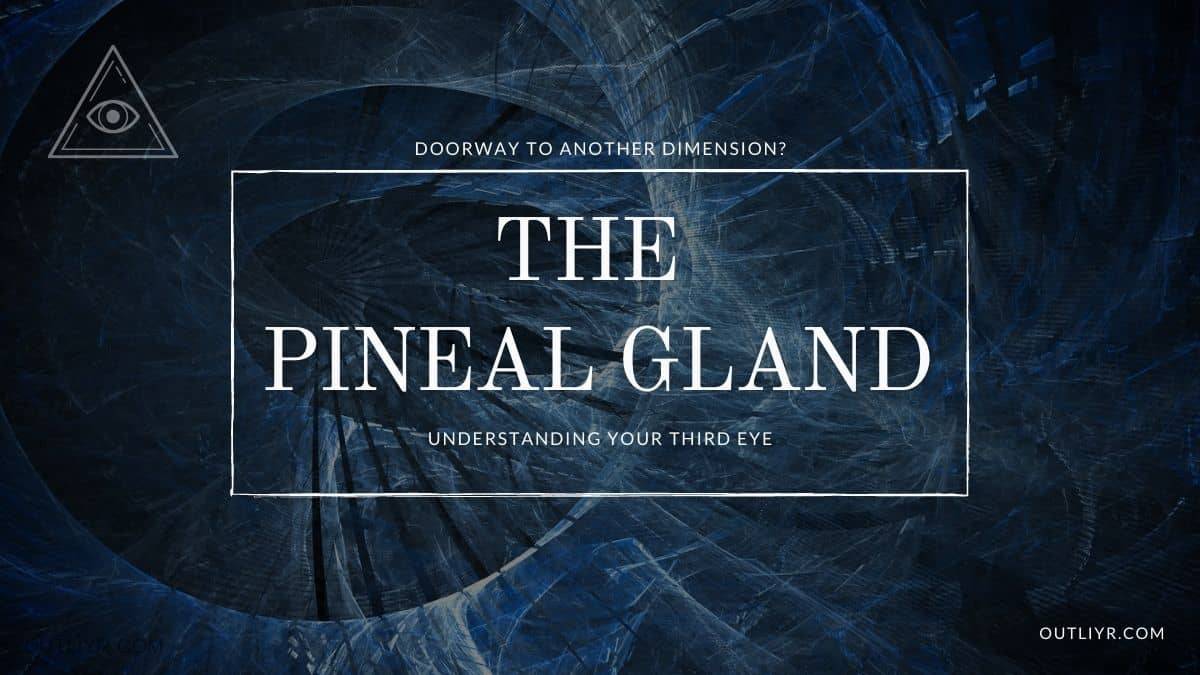 Imagine finding a specific body part that transmits information beyond the five senses. This would give us another realm to explore and understand existence through another lens.

Out of body experiences, flashes of insight, “miracles”, and synchronicities would be explainable. Better yet, they’d become inducible.

While early humans approximated the location of this special brain part, Dr. Joe Dispenza has uncovered the mechanisms of how the Pineal gland works. And it’s function?

“A door to higher dimensions and shifting your perception so you can see beyond the veil or see reality in a nonlinear way”.

In other words, the Pineal gland is the master signal transducer that connects the physical Newtonian world of matter to the energy.

Why does this matter?

Under the right circumstances, your brain’s pineal gland alchemist transforms common neurochemicals into special hormones & metabolites.  Activating your pineal gland, or “third eye”, is the first step to mystical, surreal “downloads” of insight and infallible intuition.

What is the Pineal Gland?

The pineal gland is a cone-shaped brain structure the size of a rice grain. It produces a variety of neurochemicals, most notably the feel-good chemical serotonin and the sleeping hormone melatonin. Humans have praised the pineal gland for thousands of years. The Egyptian Eye of Horus represented power, protection, and good health. Not to mention that it closely resembles its shape. Even earlier, 5,000-year-old Ayurvedic texts called it the third eye chakra (Ajna in Sanskrit).

The pineal gland is considered the doorway to a higher dimension. It’s the structure responsible for humans seeing beyond everyday linear reality. Intentionally activating your pineal gland (or third eye) tunes you into a reality beyond the five senses.

In other words, it’s the connection between physical matter and immaterial energy (sometimes called the quantum).

Your third eye exposes the interconnectedness of life. Put practically, it’s essentially your sixth sense. Your intuitive self, that perceives things before they occur. Scientifically, when stimulated it produces some fascinating mind-altering molecules.

For years science relegated the pineal to melatonin and serotonin production. But then why did our ancestors regard it so highly?

According to Dr. Joe Dispenza, the brain can transform those two chemicals. The four primary pineal metabolites he discovered include:

Building these metabolites requires raw materials. I recently wrote about one in particular. L-tryptophan is an essential amino acid only available through diet or supplemention.

An activated Pineal gland supplied with the right raw materials can transmute L-tryptophan from food or supplement into the same chemical found in ayahuasca. Click To Tweet

The body chemically transforms it into intermediate metabolites on the way to becoming either DMT, phosphorescent bioluminescent chemical, one of several benzos, or pinoline.

Having all the raw materials is a prerequisite, but not enough. This requires a healthy pineal gland, which is becoming increasingly rare.

But what is calcification?

Modern lifestyle can coat the pineal gland in a crust. Age begins the process. Ubiquitous chemicals like fluoride, daily stress, and aging all invariably contribute to the layer of plaque (calcification) forming around your pineal. Calcified pineal glands cannot transmute melatonin into the coveted and powerful metabolites.

To decalcify the pineal gland, first cut out exposure to environmental chemicals. Start with a quality water filter (see why I chose the AquaTru) and air filter.

Practice meditation right after waking and again before sleeping. Focus on the energy flowing through the center of your head. Use visualizations.

Take control of your breathing pattern. “Pranic breathing” is an ancient technique used to activate your third eye. A great meditation enhancer, activity for your daily walk, while reading or working, or even watching TV. PranicHealing has specific instructions. Start by resting your tongue on the top of your mouth to distribute energy throughout the body. Then breathe to a 6-3-6-3 tempo:

In his book Becoming Supernatural [Amazon] (see my BSN review here) Dr. Dispenza also outlines a special meditation designed to rebalance the body’s energy centers (also called chakras). Aside from feeling clearheaded and relaxed, I had never truly felt meditation until I regularly followed his “Blessing the Energy Centers” practice. Thirty days later, I paired an elevated emotion (gratitude) with an energy center, and for the first time felt a powerful tingling reverberate through my body. The sensation followed each energy center I focused on. I left the meditation elated.

Lastly, in extreme cases peptides can heal the pineal gland. As I explained in my post on the future of biohacking, peptides any tiny sequences of aminos acids with profound regenerative abilities. They’re considered the next frontier of medicine. One popular anti-aging peptide called Epitalon is used to lengthen telomeres, bring the body back into alignment, reduce mortality, and most relevantly, heal the pineal gland from calcification or structural damage.

Why is the pineal gland is known as Third Eye?

The pineal gland is called the “third eye” because it is like your sixth sense. It’s the origin of your intuition and perception. The third eye is your bridge into the unseen world, energies, and “vibes”. It’s how you sense something will happen before it does.

What stimulates the pineal?

To stimulate the pineal gland, record your dreams, meditate regularly (especially in the early morning and late evening), practice pranic breathing, use visualizations, and engage in creative expressions like art and music.

How do you cleanse your pineal gland?

Cleansing the pineal gland is a three-step process. Remove endocrine-disrupting chemicals from your daily routine and living space. Get in touch with your imagination by practicing visualization. Consume adequate L-tryptophan.

What hormones does the pineal produce?

Activate the Pineal Gland to Tap into Universal Intuition

Science uncovers the secrets of the body’s inner workings every day. But we’re overlooking functions that humans discovered millennia ago.

The pineal gland is our cosmic antennae. We use it to transmit and receive energetic information beyond the five senses. It’s the doorway to dimensions above our 3D world.

You might already benefit from this gland without realizing it. “Vibes”, intuition, and strong unexplainable hunches originate from the pineal.

Considered the brain's alchemist, our third eye can transform melatonin into other perspective-changing analogs. Click To Tweet

Activate it to download information from a pool beyond the typical human experience. Don’t take my word. Look into it the pineal gland for yourself: