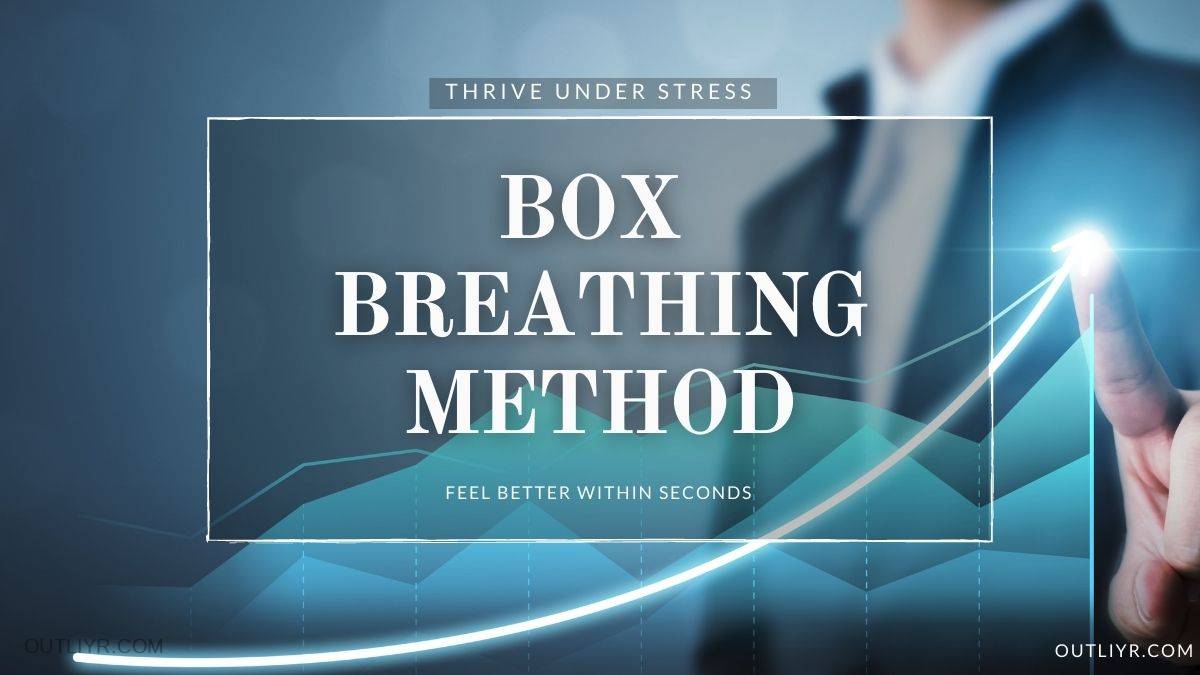 80-85 percent of Navy SEAL candidates drop out of bootcamp.

The survivors have a secret so potent that some speculate it should be banned.

It’s easier than meditation, dead simple, and produces effects within seconds. According to Mark Divine, this one trick singlehandedly increased bootcamp graduation rate by more than all of the other techniques. So what’s this special practice?

If it helps Navy SEALs thrive in life-or-death situations, it’ll help you overcome life’s stressors. In this article, you’ll learn how to box breathe, the benefits of it, and why I practice breathwork daily.

What is Box Breathing?

Your breath is one of few processes both voluntarily and involuntarily controllable. It runs on autopilot most of the day until you decide to intervene. Either hitting the breaks or the accelerator.

Box breathing is one form of deliberate breathwork primarily used to remain calm and collected in high-stress situations. Aside from Navy SEALs, it’s a favorite technique of elite athletes, CEOs, and high-achievers across fields. Box breathing has amassed a following due to its simplicity and effectiveness. As I read The Oxygen Advantage [Amazon], Breath [Amazon], and studied breathing, experts continuously emphasized this particular practice.

Even before trying the Wim Hof Method (another wildly popular protocol I reviewed), the box technique was my foray into breathwork. Box breathing’s so simple that I’m confident a five-year-old could pick it up.

The options are virtually limitless, but it’s most effective in high-pressure situations. Box breathing upgrades the entire body.

22 Benefits of the Box Breathing Technique

Yogis have used box breathing (under different names) for thousands of years. Though you won’t find much modern peer-reviewed research on box breathing specifically.

Benefits of similar styles of controlled breathing include:

This technique teaches you to become aware of your breath in stressful situations. You may not complete the full 4-4-4-4 protocol (more on this later), but by noticing your breath you can take control. With control comes better decisions and rising to the occasion.

Beginners find solace in the simplicity of learning this breathwork technique. It has three core components:

Maintaining a constant breathing rhythm is more important than the exact inhalation, exhalation, and hold duration.

When you’re first learning the practice, start with 4-counts for each phase. Over time you can work up to 6-second counts.

Deep, belly breathing helps activate your relaxation response. Repeat the entire process as necessary. For most people between 1-50 times. The more you practice, the easier you’ll navigate high-pressure situations. The quicker you’ll respond to intentional breathing.

Make your learning easier with the right apps, gadgets, books, and videos.

These resources will make mastering box breathing a cinch. There’s something for every type of learner.

While by no means necessary, special devices can help you visualize and track your progress. The gear I like and have been recommended follows:

To find a gadget for your budget, see my post titled the best HRV biofeedback devices.

Skip to 11:10 in this TED Talk for some of the science behind rhythmic box breathing:

How long should you do box breathing?

Why is it called box breathing?

Also called 4-4-4-4, box breathing is a form of rhythmic breathing that gets its name for the even counts. Unlike other breathwork practices, each phase lasts 4-seconds. If you draw them as lines, you’d inhale for four (one side), hold for four (another side), exhale for four (third side), and hold for four (final side). Each repetition forms a box-like pattern.

Box breathing is the most versatile breathwork practice adapted to any situation, any time. Following a rhythmic inhalation, breath-hold, and exhalation pattern forces the body and mind into relaxation states. People use box breathing for greater focus, mental clarity, enhanced decision making, to reduce anxiety, increase energy, and build tolerance to stress.

Box Breathing: A Powerful Resiliency Technique to Immunize You Against Stress

The Navy SEALs, CEOs, and high-achievers around the world rely on box breathing for a potent, quick, and effective stress buster.

Use it to trigger a relaxation response (the opposite of a panic attack) anytime, anywhere.

Any mindfulness and attention to your breath during chaos will give you greater control over your life and ultimately the outcome of the situation.

If it saves the lives of elite soldiers, it’ll help you perform in your daily life and collect yourself before monumental events.

Have you tried box breathing? Let me know your experience in the comments below.