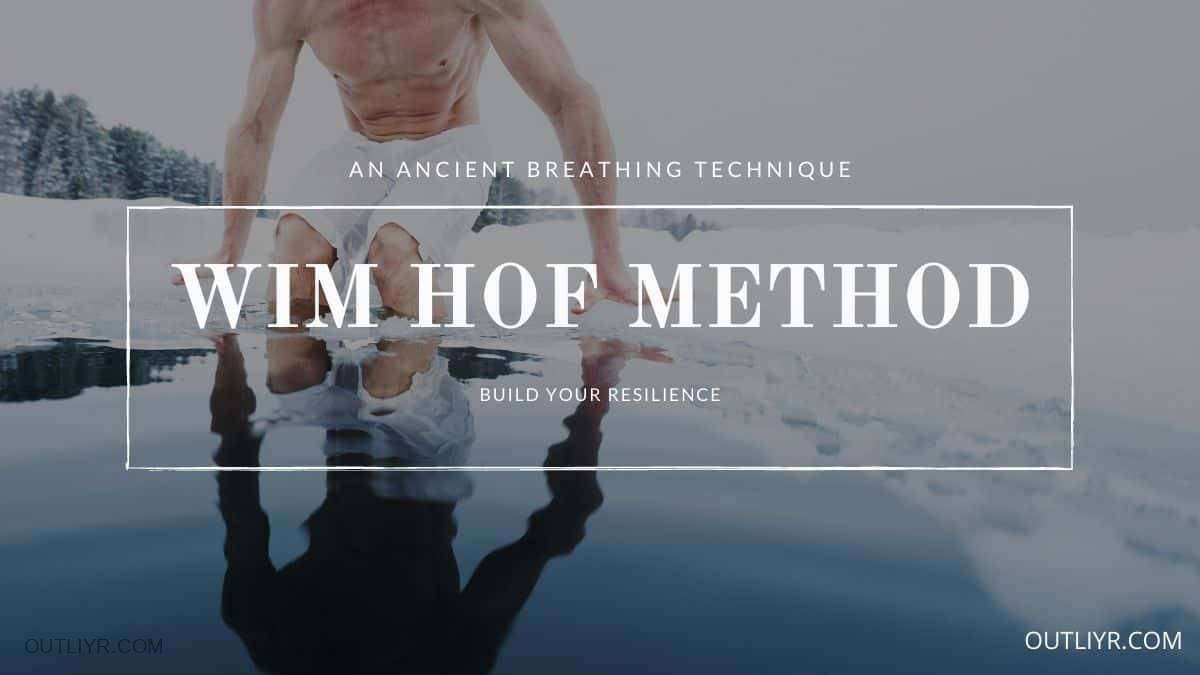 Everyone’s talking about breathing again. Public interest spikes in waves before quietly fading. Why? Is it boringly simple? Or that it takes time? That it’s free? Whatever the reason…

One breathwork practice has exploded in popularity unlike any other:

I first experimented with the Wim Hof Method (WHM) in 2017. In a month of practice quadrupled my max breath-hold time to over five minutes. I stopped practicing in order to test out Patrick McKeown’s breathing exercises from The Oxygen Advantage [Amazon]. I decided to pick it up again in 2020. I’m glad I did.

Breathwork is just the beginning though. Today I’ll cover the Wim Hof Method, the benefits of practicing his technique, and tips I’ve learned from daily practice.

Who is Wim Hof?

Wim “The Iceman” Hof is the Dutch inventor of the Wim Hof Method. Standing at six-foot with an impressive beard, you’ll see his photo plastered throughout the internet.

This man is crazy.

Wim is the one found frolicking around glaciers in board shorts.

By controlling his breathing, he is able to tap into his autonomic nervous system and exert control over his physiology in ways science deemed impossible.

Wim challenges science a lot. Thus far he’s racked up 26 Guinness world records, some of them quite notable:

He’s crazy enough that VICE made an entire documentary on his feats:

Most intriguingly, he’s replicated his results across countless students. Wim teaches students how to change their beliefs and build personal resilience. His once proprietary method has been open-sourced and released to the public.

Most people misconstrue the Wim Hof Method as nothing but hyperventilation.

But Wim’s method is much more.

The three pillars each train resilience on their own.

Through practice you learn to recognize and control otherwise automatic panic responses. Together the three pillars become even more noteworthy.

The Science Behind The Wim Hof Method

Scientists line up to put the WHM to the test. Teams around the world have pieced together the power of controlling the autonomic nervous system.

Some claims on the “proven” science are outlandish. The current science has shown some of what the Wim Hof Method can do:

Research on Wim and his students is ongoing. You can find the latest here.

At its core, resilience training is all about reframing your deeply-held limiting beliefs. Redefining what you’re capable of. A study of a WHM cohort found that an optimistic mindset improved positive outcomes.

Over the course of hundreds of sessions, I’ve noticed more than a few effects from the WHM. Some effects are felt immediately, while others bleed over into the next day:

**I’ve used WHM to fend off illness as I’ve felt it coming on.

The breathing component of the Wim Hof Method is a form of intentional hyperventilation. While mostly harmless, there are a few side effects that can catch unsuspecting participants off-guard:

Yes, fainting is a potential side effect of challenging your normal breathing habits. It’s not common, but it happens.

Not to worry. When you go unconscious, the autonomic nervous system (ANS) takes over again and forces you back into a normal breathing pattern. The ANS is a built-in safety mechanism to prevent you from hurting yourself from extended breath holds.

I personally never experienced nausea, but some people do. They told me that it went away with practice. I do, however, almost always feel slightly lightheaded midway through sessions.

Mastering the Wim Hof method takes time and practice. Here are a couple ideas you can use to speed up the process.

Since there’s a real possibility of fainting from long breath holds, you absolutely must practice in a safe environment. Do not practice:

Plus you’ll get more out of the experience when you can completely surrender.

Most people prefer to practice laying down, with plenty of space around them. Ideally in a calm environment. My apartment is cramped so I prefer to go outside to a local park. That way I can take in natural sounds (without any arguing neighbors).

Sometimes I can’t get out. When in distracting environments I’ll put headphones on. The less external distraction, the better the internal exploration.

People hold their breaths for very different lengths. Compound that across four to ten rounds. The pace is either too fast or too slow for most.

But it’s so worth it. There’s something special about sharing breathing (or lack thereof) with others. Whether the oxytocin release or something else, I always leave group sessions more satisfied.

A group breathing bonus is added accountability. Other people expecting you to join makes procrastinating or skipping the practice altogether more difficult.

Meetups and even online breathwork groups are other options if none of your friends are willing to go out of their comfort zone.

Athletes religiously warm up their muscles before physical exertion. Your respiratory system prefers the same.

Make the transition into intense breathwork easier on your body by starting slow.

I’ll dive straight into a max breath hold on my first round sometimes. I usually regret it and get better results by working my way up. Generally, when I set new personal breath hold records its the third or fourth round.

The Most Common Side Effect

Every Wim Hof session I feel a tingling in my hands and feet.

The harmless tingling comes from blowing off large amounts of CO₂.

By the second or third round, it spreads throughout my body. Then tingling melds into what I can only describe as a blanket of euphoria. Behind my eyes, I see a faint overlay of color.

As I practiced the WHM more, the feelings became less pronounced. They’re still there, but I focus on other things and don’t notice them as much.

People come to Wim Hof for the breathing, and leave with a newfound appreciation for mindset. Click To Tweet

Deliberate breathwork practice, and the Wim Hof Method in particular, is one of my favorite ways of building personal resilience. Wim’s method is one tool people use to become more aware of their breathing patterns.

Wim is releasing his book (October 2020) on the history, explanation, and everything you need to know about his method:

If I had an autoimmune condition I would immediately begin to research and test the WHM, since studies and anecdotes are pouring out supporting its use in modulating the immune system as needed.

It’s not just physical and mental.

Beyond the physical, mental, and emotional, intentional breathwork is a prerequisite to spiritual growth. I’m not stopping, trend or not.