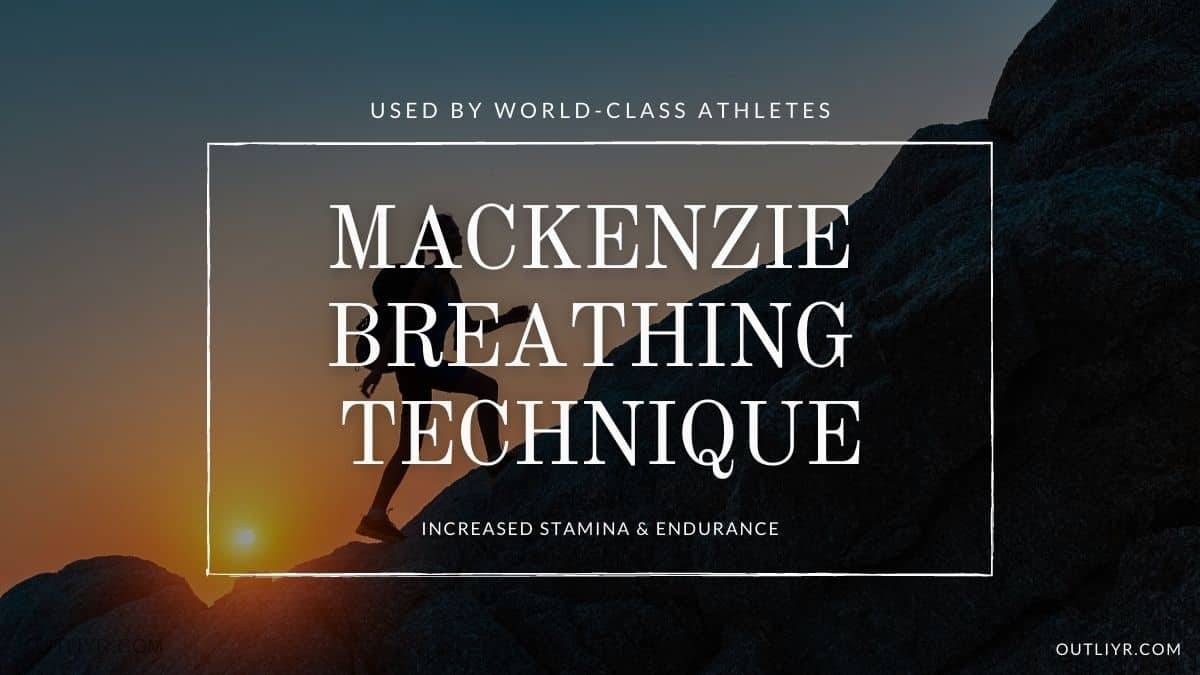 Milliseconds can make or break careers. Athletes toil through years of intense training to maximize stamina, power, and endurance. All for one ultimate test. The next event.

“Some of the world’s top marathoners, cyclists, and endurance athletes spend little time pounding the pavement. Instead, they adopt a healthier and more effective modern training technique.”

Behind this movement is one highly-regarded coach in particular.

Who is Brian Mackenzie?

Instead of his clients slogging away for hours, Brian prefers quality over quantity.

As Brian says, “you can’t out-fitness breathing”. Many professional athletes attempt exactly that. Little do they know, they can perform better with less effort. Without overly taxing their bodies or sacrificing their health.

You can perform under pressure by training your cardiovascular system for greater efficiency. Each heart beat becomes more effective. Over the course of an entire event, this small difference compounds. Brian’s stamina boosting method improves cardio efficiency via two central concepts:

Combined, his system improves how you perform under normal conditions (which I call athletic baseline). Less exertion from the same output can lead to faster times.

The goal of performance breathing is to increase athletic output while maintaining a relaxed state for as long as possible. Click To Tweet

Learning to stay relaxed while exercising prevents you from burning out long before the end of an endurance event.

As I wrote previously in my article on the Science of Proper Breathing, nothing induces relaxation faster:

Stimulation during exercise sounds beneficial. But it causes stress. Long-term stress destroys decision making and endurance performance. Coaches know this and train their players accordingly. Sprints at the beginning of practice.

Then you can save the stimulating stress response for necessary bursts of high-intensity. Like sprinting.

Sympathetic mouth breathing is a hack. It can be used for a quick performance boost. Constant use reduces its effect and your overall athletic baseline. Click To Tweet

Intense exercise challenges your ability to maintain nose breathing. Fatigue sets in. Your mouth naturally opens to reduce the pain of exertion, and buffer blood acidity.

Mackenzie’s breathing and the Wim Hof method both bring attention to your breathing pattern. They both cause positive, hormetic adaptations. Each changes your brain’s wiring of this automatic habit for the better. Your cardiovascular system becomes more efficient. And there’s a nice mental boost from combining neurochemicals with realizing the profound simplicity of deliberate breathwork.

But the two breathwork techniques have important differences. Essentially, Mackenzie teaches you to redefine your threshold for what counts as stress. Hof teaches you to tolerate higher maximum levels of stress.

Put another way, if breathwork is a car:

The perfect training plan incorporates both breathwork protocols. Together, they improve stamina, explosiveness, strength, and power. An ideal approach to excelling in any sport.

Should I breathe through my nose or mouth while running?

You should train yourself to nose breathe while running and playing sports. Nose breathing reduces stress on the body which increases endurance and stamina. Make sure to begin practicing well ahead of any competitive event.

Why is breathing through your nose better when exercising?

Nose breathing while exercising increases your average speed, endurance, and stamina. Mouth breathing gives a quick spike of energy and then a crash. Nose breathing keeps your parasympathetic nervous system engaged, allowing you to save mouth breathing for intense bursts. Practicing takes time

The key to Mackenzie’s method is mastering relaxation during high-intensity exercise. You learn to relax under stress by training while exclusively nose breathing. With practice, nose breathing becomes easier. Soon you’ll be able to perform at your peak without relying on your mouth.

Use Mackenzie’s method to relax during strenuous exercise. You’ll learn to push harder for longer.

When you’re ready, stack it on top of a sympathetic-based breathing protocol like the Wim Hof Method. You’ll get the best of both: strength, power, stamina, and endurance.

Whether running, doing Crossfit, or playing a sport, the best way to improve endurance and stamina is to gradually shift away from mouth breathing to nose breathing.