The Intelligence, Memory & Pain of Plants (Are They Conscious?) 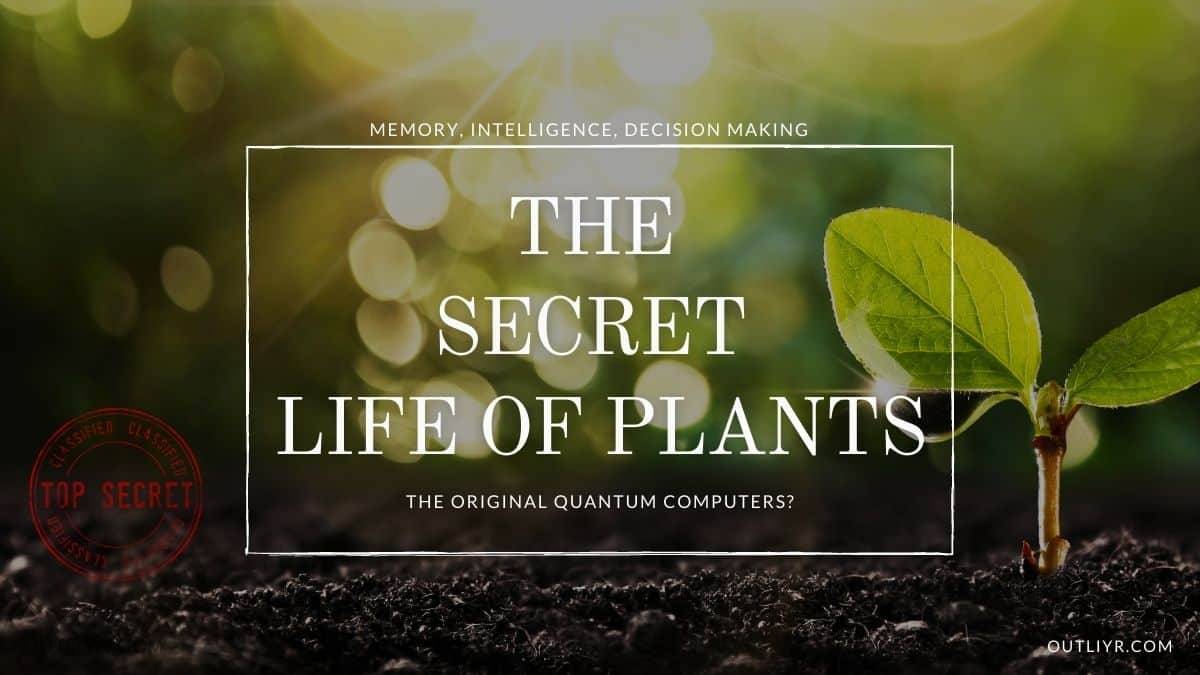 Will veganism go by the ethical wayside?

You know that plants “are alive”. But they just sit. More like inanimate objects. Is it possible that plants aren’t just alive, but intelligent?

If so, what next? Is it possible that plants are sentient? More sophisticated than humans?

While the world eagerly watches AIs every development, we've missed the most widespread consciousness right in front of us. Click To Tweet

Below, you’ll learn the similarities between plants and humans. You’ll understand the surprising ethical nuance behind the choice of meat versus plant. Next time you forest bathe, you’ll appreciate the natural intelligence surrounding you.

The Secret Life of Plants

The story starts centuries ago with Charles Darwin. He hypothesized the plants possess unique intelligence (“ecological intelligence”). The idea caught on in 1973 with Peter Tompkins’ book The Secret Life of Plants. Researchers continued proving the idea through the 2010s.

In 2020, the concept is making a resurgence. In his book Regenerate [Amazon] Sayer Ji elegantly laid out evidence that plants satisfy the pre-requisites of intelligence. Search through PubMed and you’ll encounter hundreds of articles, research papers, and hours of video suggesting we give plants more credit.

In order to classify plants, first we must define intelligence. After all, plants do not have neurons like humans. But remember, the brain is just an organ. One that transmits chemicals and, ultimately, electrical signals through the body.

“They have ways of taking all the sensory data they gather in their everyday lives … integrate it and then behave in an appropriate way in response. And they do this without brains, which, in a way, is what’s incredible about it, because we automatically assume you need a brain to process information.” — Michael Pollan

Instead, we can measure intelligence through behavior:

The field of plant neurobiology (admittedly a misnomer) studies how plants fulfill each.

“What can plants do that cheetahs can’t? They can regenerate when 90 percent of their bodies have been eaten away. They can have sex at long distances and communicate with approximately 20 more senses than an animal has.” — Richard Mabey

The Demise of Verbal Language

I previously wrote about how plants communicate with humans through micro-RNA in food. When you eat, these special molecules bypass digestion and are detectable in the human bloodstream just 15-minutes after every bite. Why does that matter? Micro-RNA acts like a light switch, altering the expression of your genes.

Secondly, is a phenomenon called quorum sensing. Quorum sensing works similar to colonies. It’s a science of networking, distributed intelligence, and swarm behavior. Each organism acts as a node in a greater whole. Each acts in accordance with a greater good.

Lastly, underneath our feet, a complex network of fungi is transmitting information. The mycorrhizal network, as it’s called, is considered nature’s internet. And it connects all life rooted in the soil.

Researchers discovered this fungi network by tracing radioactive elements from one tree to others over 100 miles away. Paul Stamets’s book Mycelium Running describes the network in great detail.

“Moreover, it is also very obvious that plants communicate obtained information not only between the cells within the plant body but also, on an ecological scale, from plant-to-plant. In this latter context, they make use of a battery of volatile biomolecules, many of which are still not well characterized.”

Our current knowledge on each of these communication channels barely scratches the surface.

Plant may not have brains, but they still process information and make tough decisions:

One such study compares animals and plants:

“At the molecular level, plants have many, if not all the components found in the animal neuronal system. There are action potentials, voltage-gated channels, a vesicular trafficking apparatus sensitive to calcium signals, including synaptotagmins and other components of the neuronal cell infrastructure.”

Humans, too preoccupied with our own lives, only recently began to notice. Plants experience hormetic stress too. They exercise free will and decide how to best respond.

How do you learn best?

You might identify as a visual, auditory, or kinesthetic learner. Or maybe you already know that anyone can unlock their photographic memory.

Humans have five senses. Plants have analogs of every human sense. Plus the ability to detect:

If each sense represents a potential learning vector, it’s fair to say that plants make better-informed decisions. They know “what to do” in complex scenarios.

The prestigious journal, Nature, published a 2016 paper that found plants learn during the daylight hours and consolidate memory (like humans) at night. The researchers stated:

“We conclude that associative learning represents a universal adaptive mechanism shared by both animals and plants“.

Plants don’t have complex brain-based memory like humans. Their “memory” seems rudimentary. At least, according to current science.

In 2015, National Geographic published a thought-provoking piece on plant memory. Professor Monica Gagliano discovered that one of her plants not only “remembered” an event, but stored that memory for about a month.

Her study involved a species called “the sensitive plant”. You can see the species in action below:

The experiment involved dropping the same plant dozens of times. After enough drops, she noticed an interesting phenomenon.

Her plants stopped fearing the harmless drop, and gave up protecting themselves.

In other words, they remembered that the fall was harmless. Studying plant memory isn’t as easy as having them memorize and recite a set of flash cards. Rather, it takes creativity on the part of researchers. By no means is this single study comprehensive. We still have a way to go, but it warrants further investigation.

While most of the world is looking to computers or aliens as sources of intelligence, have we missed the most obvious one?

Plants have analogs of each human sense, plus more. They exhibit memory, make decisions, learn, and communicate with other forms of life.

The world’s greatest minds have been toiling around the clock to build the next generation of computing. One so revolutionary that it’s believed to change the course of human history forever.

In the arms race to technological superiority, we’re millennia behind a most inconspicuous contender.

Why have we missed this?

If plants are intelligent, self-conscious, and learn, does ethical plant-based eating make sense? Maybe it’s time we rethink the contents of our plate. And the way humans conduct ourselves to the rest of the planet.

What do you think about plants?