How to Biohack Sleep: Vital Lessons From 10+ Years Optimizing Sleep 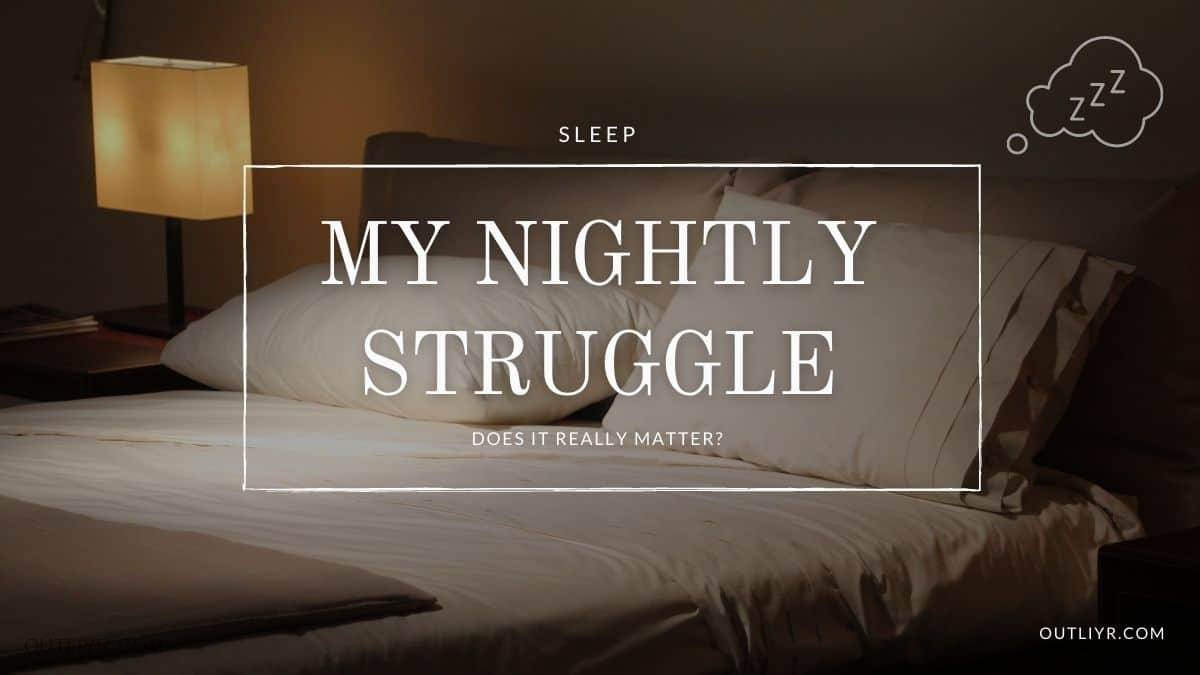 I rarely talk about my Achilles heel.

I sleep lightly. The faintest whisper, blinking LED, or scent rouses me from my deepest slumber. My Oura Ring records half a dozen such instances every night. My thoughts race when I hit the pillow. I toss and turn. And my well-trained circadian rhythm wakes me at the same time, no matter what time I go to sleep. Even when I get the quantity right, I wake through the night. But sleep has an overlooked side:

I turned to a sleep study for answers. I wore a clunky wearable around my wrist, a pulse oximeter caged around my finger, and 12-point leads strapped to my chest. Feeling equipped like a Marvel character didn’t produce a great night of sleep. The result of my study?

I ran my genes through a powerful tool called SelfDecode which confirmed the same thing:

I’m still chasing the elusive Oura Ring 90+ sleep score (by a fluke I once hit a 91 in 2018). I care about sleep, and have improved tremendously since my diagnosis. Over the years I’ve methodically tested all kinds of sleep tips, tricks, and hacks. Here’s how I’ve biohacked my sleep. All the popular tips that work and the ones that haven’t for me.

I grew up with the notion that sleep would consume eight hours—1/3 of life. Teenage years introduced me to the other camp. The ones espousing “sleep is for the weak”, or “I’ll sleep when I die”. Motivational memes and sensationalist tabloids praise the so-called “sleepless elite”. Society rewards sleep deprivation. Dr. Matthew Walker’s book, Why We Sleep [Amazon] shattered my conditioning on sleep.

I could hardly believe my eyes. This researcher audaciously claimed:

In the ensuing pages, he eloquently argued that sleep is the most important thing you do every day for:

And myriad functions science is still uncovering. But we know a few things about the effects of sleep deprivation:

My “I’ll sleep when I’m dead” mindset was ruining my current quality of life and capping my potential healthspan.

The nail in the coffin, however, is the detrimental effect on physical fitness. Sleep-deprived weight loss comes primarily from lean body mass. I unknowingly thwarted my hard work in the gym by burning muscle instead of body fat.

Dr. Walker presents thousands of facts in his landmark book Why We Sleep. Despite internet critics griping over a few of his assertions, it’s a must-read for anyone doubting sleep’s necessity.

But I began wondering a common question.

How Much Should I Sleep?

Until I began using the Oura Ring I conflated time in bed with time asleep.

Yet I’m actually asleep 45-60 minutes less every night. Though I don’t really notice, I have “micro-wakeups” throughout the night.

My nightly ~7 hours in bed translated to 6-6.5 hours of time asleep. An amount insufficient for 99.9 percent of the population (according to Dr Walker).

“Only that which is tracked can be improved.”

Getting a quality self-quantification wearable like the Oura or Biostrap is the first step to improving sleep. It provides a window into your current baseline.

So how much should you actually sleep?

There’s an easy way to gauge. How you perform in the morning. Ask yourself questions like:

Another simple test is to venture off the grid. Go camping and note your natural sleep and wake timings. That’s what you need, despite the distractions of modern life.

Through trial-and-error I settled on my sweet spot of 9 hours “in bed” time for 8 to 8.5 hours of asleep time.

To get more out of my time in bed, I experiment heavily with different sleep hacks.

When it comes to biohacking, I always prioritize basics before adding fancy technologies. I’ve found that the key to good sleep is to start preparing early.

For the best sleep, optimize each. If it’s too much, I suggest choosing the easiest options from each category.

For sleep purposes, any intense exercise should end at least 2 hours before bed in order to allow for resting heart rate to drop (maximum recovery). Gentle movements like stretching are safe to perform closer to sleep.

I’m grateful for all the new sleep technologies, supplements, and strategies flooding the market. I constantly vet them and haven’t had good experiences with:

Sleep technology is evolving quickly and I have a few things on my wishlist:

Ultimately sleep cannot be “hacked” per se. How can we hack something that we don’t understand? And researchers are a long ways from fully understanding sleep.

The two critical facets of sleep are:

I know that I need more time in bed. With intense exercise, 7 hours isn’t enough for full recovery. I began working on my sleep when my Oura Ring showed I consistently overestimate my sleep time by 45-60 minutes.

In my college years, I looked for any and every way to shortcut sleep. I realized that If I could function on six hours instead of seven, I’d gain 15 days over the course of a year. I tried crazy polyphasic sleep patterns to success… until I missed one of my five naps spread equally throughout the day. Which caused me to spiral downward. I tried special devices and practices that claimed to reduce the need for sleep. All to no avail.

By no means is sleeping longer easy. I wake up early, excited to take on the day. And go to sleep late, enjoying the final hours of work. But I control the primary factors influencing my sleep.

My overarching pillars of sleep enhancement include:

Even then, the longest slumber does no good if it’s not restorative. If hacking sleep is possible, it’s improving quality (and not quantity). Of the sleep boosters, I found what works for me:

On top of creating the perfect sleeping den, I use these basics to sleep better when I travel or am in new environments.

I’m strengthening my Achilles by time boxing my days. I’m prioritizing winding down earlier in the evening. I still test technologies and practices I come across in hopes of uncovering an effective hack to get by with less. But I haven’t yet found anything that’s the cure for bad sleep.

Do you have the secret to deep, high-quality, restorative sleep?

2 thoughts on “How to Biohack Sleep: Vital Lessons From 10+ Years Optimizing Sleep”